Charles Rodolphe Brupbacher was born on February 5, 1909 in Zurich, as a citizen of Wädenswil.

His father, C. J. Brupbacher, owned a private bank. His mother, a French citizen, placed great importance on a bilingual education for her son. This explains his lifelong, close relationship with France, its history and culture. This is also reflected by his continuous and generous support of the École française and the Alliance française in Zurich. Several French Presidents honoured his commitment to French cultural issues:

At an early age, Charles Rodolphe Brupbacher showed a distinct talent for languages, and he spoke five of them fluently. As a musical prodigy with absolute pitch, he devoted himself to the interpretation of classical music. He regretted throughout his life that he had not been able to receive an education as a concert pianist.
Charles Rodolphe Brupbacher attended schools in Zurich and Paris. At the age of 18, however, he had to give up his education at the Gymnasium (College) to undertake a banking apprenticeship. He visited the United States and Latin America in 1929 and frequently thereafter: first, for the purpose of training; later, to keep himself informed.

In Zurich, at the age of only 24, he established the «Affida Bank», which specialized in asset management. His success was largely due to a committment to personal business integrity. His achievements included the setting-up of an information network, that connected him with important financial and political centres. His detailed knowledge of international commercial law, of national economics and, especially, of currency policy were great assets. After 40 years, he sold the «Affida Bank» to Credit Suisse. Based on his detailed knowledge, Charles Rodolphe Brupbacher was invited by Professor H. Böhler in 1938 to join a select group formed at the ETH (Swiss Federal Institute of Technology), which met to monitor the economy. As a member, he often took part in discussions in Bern of wartime economic problems.

As a recognised expert in monetary policy, Charles Rodolphe Brupbacher was the only observer from Switzerland to be invited to the international currency conferences. His personal relationships with prominent politicians in the United States enabled him, through years of negotiations, to release major Swiss assets.
Charles Rodolphe Brupbacher also helped to attenuate problems which had developed between Germany and the Allies regarding the restoration of the coal and steel industry. In this context, he was invited by the Government of France and by the State of North Rhine-Westphalia to participate in a meeting on the occasion of General de Gaulle's first visit to Germany. 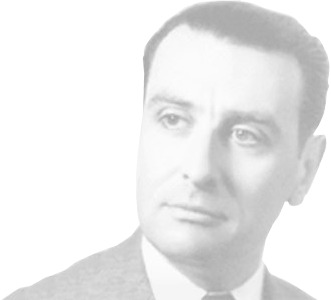